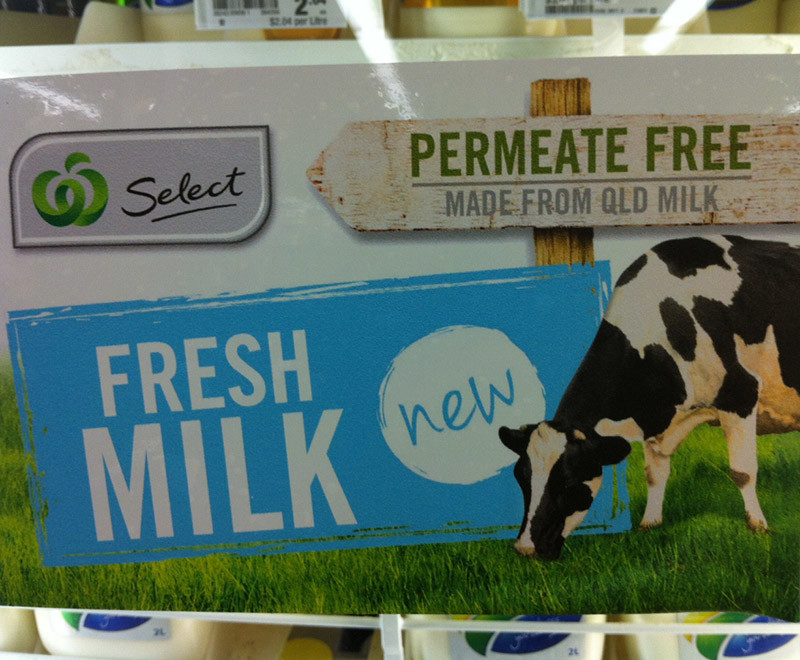 Before Dairy Farmers launched their permeate-free campaign, most consumers didn’t know (or care) about permeate.

So when the campaign first aired (followed by the exposé on A Current Affair), I’m sure the entire design, marketing and dairy industries were poised – watching the supermarket shelves to see how long it took for competitors to respond. And to no surprise, the biggest players in the milk market (Woolies and Coles) confirmed that their private-label products would become permeate-free. And they sure didn’t disappoint.

Label printers in Australia must have made record profits in the following months, because it didn’t take long before numerous brands were all milking the frenzy.

What’s the benefit to Dairy Farmers?

So given the above points, was there really any benefit to their shareholders or their brand?

What’s the benefit to consumers?

You could probably say it’s the right to choice. Now most consumers know about permeate, and they can decide what they prefer.

I’m hopeful that somehow it will result in full disclosure on all labels. Not just the marketing spin of “permeate-free”, but milk manufacturers having to disclose what percentage of permeate they re-add.